Posted on June 9, 2020 by centredebienetreholistique — No Comments ↓

Human prostate cancer PC3 cells were treated in vitro with psychosomatic power emitted by a Buddhist-Zen Master. A significant decrease of growth rate was observed as determined by MTT assay after 48 hours. These cells also had two- to three-fold higher levels of prostatic acid phosphatase (PAcP) activity, a prostate tissue-specific differentiation antigen. In addition, the treated cells formed fewer and smaller colonies in soft agar as compared with control cells, which displayed anchorage-independent growth. These observations provide insight into the suppressive effects of healing power through the practice of Buddhist-Zen meditation on tumor progression. The emitted bioenergy may be suggested as an alternative and feasible approach for cancer research and patient treatment.

BACKGROUND:
Depression is associated with increased risk of cardiovascular morbidity and mortality in coronary heart disease. Numerous conventional and complementary therapies may address depression. Few involving spirituality have been tested.

OBJECTIVE:
The aim of this study was to compare the effects of a nondenominational spiritual retreat, Medicine for the Earth (MFTE), on depression and other measures of well-being six- to 18-months post acute coronary syndrome (ACS).

RESULTS:
Depression was not significantly different among groups (P = .21). However, the MFTE group had the highest depression scores at baseline and had significantly lower scores at all postintervention time points (P ≤ .002). Hope significantly improved among MFTE participants, an effect that persisted at three- and six-month follow-up (P = .014). Although several measures showed improvement in all groups by six months, the MFTE group had immediate improvement post-retreat, which was maintained.

CONCLUSIONS:
This pilot study shows that a nondenominational spiritual retreat, MFTE, can be used to increase hope while reducing depression in patients with ACS.

A randomized, blinded study of the impact of intercessory prayer on spiritual well-being in patients with cancer.
Olver IN1, Dutney A.

CONTEXT:
Cochrane reviews have analyzed multiple studies on intercessory prayer that treatment teams had added to health interventions; however, the reviewers could draw no conclusions about the efficacy of prayer because the studies showed either positive or no effects and used different endpoints and methodologies.

The study intended to determine whether researchers could measure the impact of intercessory prayer on spiritual well-being.

Participants were patients at the cancer center between June 2003 and May 2008. Of 999 participants with mixed diagnoses who completed the baseline questionnaires, 66.6% provided follow-up. The average age was 61 years, and most participants were married/de facto (living with partners), were Australians or New Zealanders living in Australia, and were Christian. Intervention The research team asked an external group offering Christian intercessory prayer to add the study’s participants to their usual prayer lists. They received details about the participants, but this information was not sufficient to identify them. Outcome Measures The research team used the Functional Assessment of Chronic Illness Therapy-Spiritual Well-being questionnaire to assess spiritual wellbeing and QOL. Results The intervention group showed significantly greater improvements over time for the primary endpoint of spiritual well-being as compared to the control group (P = .03, partial η2 = .01). The study found a similar result for emotional well-being (P = .04, partial η2 = .01) and functional well-being (P = .06, partial η2 = .01).

Participants with cancer whom the research team randomly allocated to the experimental group to receive remote intercessory prayer showed small but significant improvements in spiritual well-being.

Chronic illnesses such as cancer are very stressful events and prayer is a valuable coping strategy for Muslim cancer patients. This study was conducted to assess the impact of prayer in Iranian cancer patients undergoing chemotherapy. A descriptive cross sectional survey was conducted on 360 cancer patients over 20 years of age who were able to read and write. Data collection employed Meraviglia’s prayer questionnaire. Mean scores of prayer activity, prayer experience and attitude toward prayer were, respectively, (94.5+/-12.98), (51.2+/-7.49) and (38.2+/-4.84). Mean of total scores was (184.05+/-21.67). Significant relationships were observed between age, marital status and educational level with prayer activity, prayer experience and attitude toward prayer (P< or = 0.001). Also the relationship between sex and prayer activity was significant (P< or = 0.01).

Individual characteristics had an important effect on prayer. It is suggested that health care providers can augment holistic care to these patients by encouraging prayer.

A randomized double-blind study of the effect of distant healing in a population with advanced AIDS. Report of a small scale study.

Various forms of distant healing (DH), including prayer and “psychic healing,” are widely practiced, but insufficient formal research has been done to indicate whether such efforts actually affect health. We report on a double-blind randomized trial of DH in 40 patients with advanced AIDS. Subjects were pair-matched for age, CD4+ count, and number of AIDS-defining illnesses and randomly selected to either 10 weeks of DH treatment or a control group. DH treatment was performed by self-identified healers representing many different healing and spiritual traditions. Healers were located throughout the United States during the study, and subjects and healers never met. Subjects were assessed by psychometric testing and blood draw at enrollment and followed for 6 months. At 6 months, a blind medical chart review found that treatment subjects acquired significantly fewer new AIDS-defining illnesses (0.1 versus 0.6 per patient, P = 0.04), had lower illness severity (severity score 0.8 versus 2.65, P = 0.03), and required significantly fewer doctor visits (9.2 versus 13.0, P = 0.01), fewer hospitalizations (0.15 versus 0.6, P = 0.04), and fewer days of hospitalization (0.5 versus 3.4, P = 0.04). Treated subjects also showed significantly improved mood compared with controls (Profile of Mood States score -26 versus 14, P = 0.02). There were no significant differences in CD4+ counts. These data support the possibility of a DH effect in AIDS and suggest the value of further research. 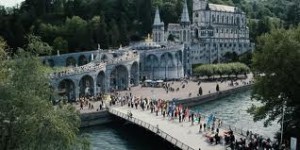